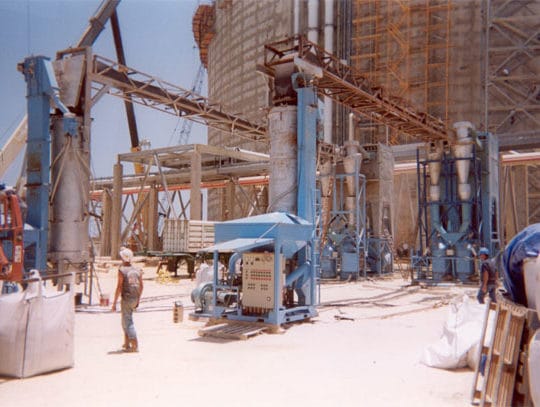 Since Chemrock is the largest, best financed and most experienced perlite installation contractor in the world, we are able to offer our customers the benefit of the knowledge gained during insulation of several hundred tanks worldwide. These tanks cover the whole range of sizes from small to the largest ever built. In line with the trend for ever larger tanks, many of the recent projects we have worked on involve enormous tanks with diameters around 80 m, including, seven tanks at Ras Laffan in Qatar, two at Point Fortin in Trinidad, three tanks for Botas near Istanbul, Turkey and one in Puerto Rico which was filled ahead of schedule using two portable plants which expanded up to 83 MT per day.

Our procedures for recording progress on the job have developed into a Quality Assurance system second to none to satisfy the client that the perlite as installed is within specification and on schedule.